Time to break down the Big 12 where defense is optional and quite frankly downright frowned upon. If you give up less than 30 points a game as a defensive coordinator you may be up for the Big 12 Coordinator of the year award (if that’s even a thing).

I must admit though that the Big 12 is one of the more interesting conferences to watch this season with three new head coaches at high profile programs and a new conference championship game that pits the top 2 teams in the conference (even though they play everyone already).

Do they get a team back in the playoff this year? I am predicting they don’t unless we see a two loss team enter the mix. I see this conference championship as taking a potential team out of it at the end. On to the rankings…

I like the Lincoln Riley hire as the successor to Big Game Bob who in my opinion, lost more big games than he won. You can’t deny that on his home turf he is one of the best but on the road and in BCS bowls he came up short more often than not. Still he was one of the best coaches in the game and Lincoln has big shoes to fill. I see them getting shellacked early by Urban and the boys and then dropping a tough game in Bedlam against the Pokes. However, with the new conference championship game format I see the rematch against The Mullet going to Lincoln and Baker Mayfield.  There is just something about Baker Mayfield and his moxy that means Oklahoma is never truly ruled out of any game and since they always have one of the top defenses in the conference (that’s not really saying much) I see 10 games as a lock even with a young rookie coach. The Big 12 championship stays in Norman this year for me.

The Dish – A hearty beef stew. Solid meat and veggies that will always fill you up but you aren’t totally satisfied. Sooner fans know what I am talking about.

Love me some Mike Gundy but until he gets over that hump I am just not buying yet. Yes don’t remind me about the 12-1 season a few years ago but that one loss was to IOWA STATE.  I get it there was a tragedy the night before but regardless when you compare the talent that game shouldn’t have been close. Still 11-2 and a spot in the new Big 12 championship game is a good season in my mind. I have West Virginia picking them off in the regular season and then see a loss to the Sooners in the championship game. Gundy will get there eventually but I just need to see it to believe it. Expect a lot of high flying action though from Mason Rudolph and James Washington. I will definitely be watching the Pokes when they are on.

The Dish – A 32 ounce bone in steak. You start with all of the confidence in the world that you will finish it and then when you get to those last 8 or 10 ounces reality sets in that you just didn’t have it in you this time. You will get that steak one day but today isn’t it.

Will Grier is still undefeated right?  Only L was a failed PED test that eventually sent him to WVU which is just what Dana Holgorsen needed. Skyler Howard was a solid QB but Will Grier is the real deal. I see WVU starting out HOT with a win against Virginia Tech in the opener and a 10-0 start with an upset win over Okie State. But to close the season they get Texas and Oklahoma which is a tough finish. If they caught either of those teams earlier in the season I would give them the advantage but I think they get picked off by both of them. I could be wrong here and WVU may find themselves dancing at the end but 10 wins and a shot week 12 is just what Dana needed.

The Dish – I feel like raccoon is a delicacy in West Virginia for some reason. Throw some rabies in there to add some spice and that’s a meal that keeps on giving.

Tom Herman is coming in hot and started putting his mark on this Texas team day 1. He’s got talent to compete quickly but I see next season being his big year. Catching USC early is a tough one especially with how Sam Darnold is playing but Tom Herman is a good coach. I was a big Charlie Strong fan off the field but on the field he made some bad in game coaching decisions. Some of those decisions like throwing the ball deep on a crucial 3rd and 2 and then when he ran it on 4th and 2 he chose his big QB Tyrone Swoopes over his MASSIVE running back. I mean I’m no genius but I will take D’Onta Foreman’s pad level over your 6’5″ QB who even though he almost exclusively ran the ball there was a reason he was still a QB and not one of the top RB’s in the country. Now you can argue that the OC is to blame but the headset was turned on and if your title says “Head Coach” you tell your OC what to do in big game situations. Sorry for that little rant but I have been holding it in for about 9 months now. Overall a solid season for the Longhorns and they will be back in the mix in 2 to 3 years.

The Dish – A 12 ounce glass of grade A piss. You bring that yellow stuff to Tom Herman’s locker room and you will get a stern talking to. Nothing lets your team down more than not being properly hydrated folks.

A rough season last year for Gary Patterson and I only see it getting a little better this year.  I am not a big Kenny Hill fan as he was literally a one game wonder when he clowned South Carolina in his first game with Texas A&M a few years ago. Maybe he gets them 8 wins this year but that is about it. I see a bounce back year at least defensively for Gary’s squad but he needs to find a new QB either this year or the next to get TCU back near the top.

The Dish – Frog legs? I had them once with some cajun spice and they were delicious. That’s all I have here. Carry on. 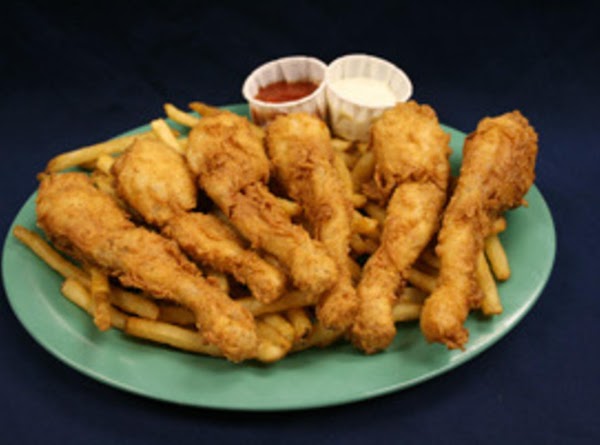 I will take Bill Snyder and his 1990’s windbreakers any day. I don’t know what this old man’s recipe is but I hope he never lets it get out. He literally turns 4 to 5 win rosters every year in to 7 to 9 win seasons. I see Bill getting 7 to 8 wins again this year with an upset over Texas as a reminder that he’s still got it. I hope this man never retires because Kansas State may never be good again without him.

The Dish – Fig Newton’s with a side of prune juice. I assume that is what keeps Bill kickin in his old age.

I like the Matt Rhule hire here at Baylor.  They needed to clean house and get someone as far away from Texas as possible and Rhule fulfills that. He did great things at Temple which some people forget was actually kicked out of the old Big East because they were so bad. I don’t think that has ever happened before and if it has I wasn’t alive for it. It’s the Big 12 so he has got to be able to put up points but if he can get Baylor to play any defense they will be good again and soon. This year though has a max of 7 wins on it as the culture needs to change first and then they will see wins. Good things are coming for Baylor…just not this season.

The Dish – Let’s go with a hot dog here. Always tasty but you don’t want to know how its made which was the definition of Art Briles tenure at Baylor. He turned out a great looking product but it was just all kinds of terrible inside.

Kliff’s panty droppin good looks have run their course and if he doesn’t do something this year he will be going the OC route somewhere soon. I’m a big Kingsbury fan and generating offense has not been a problem under him. It’s the defense which is so bad that comparing it to swiss cheese would be an insult to swiss cheese so I won’t do that to the delectable lunch meat. I don’t see too many wins on their schedule and the ASU game early in the season could be a pivotal non conference win for them. Mahomes hid a lot of their defensive woes last year with his great big play ability but without him it may be harder for the Red Raiders to go bowling. Kliff needs to pull a rabbit out of his hat….

The Dish – Lobster Bisque for the Red Raiders. Always sounds good until the bowl comes out and there are two shreds of lobster meat and then just a bunch of nothing which is their defense in a nutshell.

I like where Iowa State is going and I don’t think their record this year will necessarily reflect that. 5 or 6 wins is definitely possible if they can upset Iowa and pull out a conference win or two that they shouldn’t.  Matt Campbell has the Cyclones moving in the right direction and I see them in the 7 to 8 win range in about 2 to 3 years. Once he gets his guys in this will be a totally different team.

The Dish – Corn on the cob. Always a great idea but then it gets stuck in your teeth and you immediately regret eating it. That’s how a lot of Iowa State games start and then end…with a loss.

Like Iowa State, David Beaty has Kansas moving in the right direction but their roster is just so bad still. In a couple of years they will get back to a respectable level instead of the utter trash they have been. How Texas lost to them is mind blowing and was the nail in Charlie Strong’s coffin. The non conference schedule is super weak and for Kansas to get some wins it needs to be. I don’t see them getting one in conference so a 3-0 start is a must.

The Dish – Applesauce and not the good kind. Like the kind you feed your kid or your grandma who doesn’t have teeth anymore. Just a bunch of mush.

Recapping the Big 12 at the years end will be fun as I could be dead wrong on everything here. We will surely find out come December. Tune in for my ACC predictions later this week.