Ladies and gentlemen its time to head to the left coast for our Pac 12 preview. This conference is loaded with talented QB’s and has about 4-5 teams who can compete for the Pac 12 championship.  Off to the Rankings…

We all know David Shaw has his hog molly’s up front and dominating the line of scrimmage won’t be a problem for Stanford. He always has a gritty defense as well. The two big problems are going to be how many guys will it take to replace/get close to McCaffrey’s production from last year and will the QB not be a hindrance to the offense.  If Stanford can figure out the passing game they will be dangerous but if not this 11-2 prediction can go south real quick. I see them knocking off USC early, revenging last years embarrassment to the Huskies but then falling victim to a lesser foe the likes of the Utes. That being said I see a rematch of the week 2 game against USC for the Pac 12 title and a shot at the playoff on the line.

The Dish – A big baked potato with loads of sour cream, cheddar cheese and some chives. Their offensive lineman have taken a few of those down for sure.

Yet again the non conference schedule is embarrassing at best with all mighty “Rutgers” being their toughest test. Honestly I think Montana from D1AA (yea you read that right) gives them a better look than Rutgers.  Be prepared for the weak non conference schedule to be a story line all season long again. However, with Jake Browning and Miles Gaskin returning the offensive firepower is there again this year. Losing John Ross to the NFL hurts but Peterson has guys ready to step up.  The Huskies could roll right to the Pac 12 title but I see Stanford getting the best of them this year.

The Dish – Starbucks Italian Style Ham & Salami Panini. This is my shameless plug for Starbucks and my favorite sandwich from there. You don’t expect it to be good but its delicious. Give it a try. If not then just drink some Seattle rain water.

There is nothing I like better than watching Wazzu whip the pigskin around the yard at 1 AM in the morning while my eyes are burning from watching 13 straight hours of football.  I have no idea why but the “I don’t give a shit” attitude of Mike Leach is the best. It doesn’t matter who he is playing that ball is getting chucked around at least 80 times. Does it result in a lot of 3 and outs? Yes it does. Does it make it impossible to milk a lead in the 4th quarter? You betcha. But that’s what makes them so fun to watch. They are probably going to lose to Boise State and maybe another D1-AA team again but the Swashbuckler Mike Leach is going to pull 8 or 9 wins out of his ass somehow by the end of the season.  I am predicting more of a fast start this season though and their losses coming in conference. I see them handling business against Boise this year.  Oh and Luke Falk throws for 9,000 yards. Book it!

The Dish – In honor of Mike Leach and his love for pirates their dish is whatever the hell you are eating because they are ballsy enough to take the food right off your plate.

Oh sweet Willie you are finally instilling some toughness into these little ducklings. Sure maybe you sent a couple of players to the hospital the first week of workouts but hey maybe if they were in shape they wouldn’t have almost died. We will never know but what I do know is that Willie is the opposite of Helfrich who looked like he couldn’t decide what to have for lunch unless you put a gun to his head. Willie has also been a terror in the recruiting trail so far. A couple of years from now he will have the Ducks back on top and I see this year starting that assent. The talent isn’t on par with Washington and Stanford but I see them stealing a game or two that they shouldn’t this year en route to 8 or 9 wins.

The Dish – A big bowl of thumb tacks and milk. That’s how you make soft kids tough and Willie knows that best. 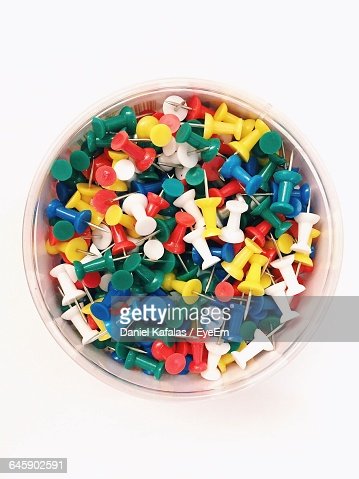 I see another tough season this year for Gary Anderson. I like him as a coach but he needs to rebuild Oregon State and that will take some time. With Helfrich out I don’t see them stealing another game from the Ducks and without any talent at the QB position on this roster the bottom of the Division is where they will end up.

The Dish – Beaver stew? Is that a thing? I feel like it can get real weird out in the wilderness in Oregon so why not.

I really don’t see Cal as a 2 win team but with non conference bouts against Minnesota and UNC that is about where they will wind up. With no real replacement for Davis Webb bringing in a defensive minded head coach may help this pathetic defense but sure won’t help the offense. Cal may be able to get up to 4 wins if they can steal a game against Minnesota or one of the other Pac 12 bottom feeders but I just don’t see that happening.

I must admit all of this USC hype is making me uneasy about how they are going to fare this year. Is Sam Darnold the real deal? You bet your sweet ass he is. The reason I think they will live up to the hype though is because of the schedule. I have them dropping one early to Stanford but other than a dance with my Irish in mid October and a bout with Utah the schedule is very manageable and I would favor them in a rematch in December against Stanford or Washington. The defense is solid enough that Darnold and Ronald Jones should get the Trojans into the playoff this year.

The Dish – Gotta go with some Fish Tacos here. Its SoCal where they do it the best.

Every year we underestimate the Utes and Kyle Wittingham wins 9 games and goes bowling.  Well not this year people!!! I have them right at that 9 win mark with the possibility of double digits when they go bowling. They haven’t won a South title yet and I honestly don’t see them getting over that hurdle this year either. Still they will knock some good teams off and find themselves near the top of this division at the seasons end.

The Dish – Well considering you can’t have anything with sugar or booze I have no idea what they eat out there. Do Mormons churn butter like the Amish? Lets run with that philosophy and go with some good buttered toast. Like the Utes it isn’t flashy but will get the job done in the morning.

Is it 1994 again??? Is Kordell Stewart chucking 70 yard hail mary’s??? No…no he isn’t but man does it feel good to see the Buffs out of the cellar and into your heart again. Now I don’t necessarily see them repeating last years magic and maybe 9 wins this year is a little too rambunctious of a prediction by me but I just want them to stay good so so bad.  The defense is depleted and Sefo Liufau is gone but they say Montez is the real deal and I believe it. Their schedule is manageable and like Utah I see them stealing a win or two so 8 to 9 wins is highly likely. Keep an eye on the Buffs this year.

The Dish – So when I googled what the top dish was in 1994 the first result was “1994 – The Year Beef Came Back”.  I think that is karma considering Colorado’s nickname is the Buffaloes. With that we will go with some Rocky Mountain Oysters. I’ve never had them but I assume Buffalo balls are tough which the Buffs were back in the day.

Now I may be off on this prediction since Josh Rosen is the real deal. The problem is I don’t think the rest of his team is. I actually have them knocking off Texas A&M week one because when it comes down to a battle of mediocre defenses I am going to take the QB every time.  Even with that win under their belt catching Stanford, Washington & Oregon from the north this year is super unfortunate. You can chalk two of those games up as losses and Oregon may be too much for UCLA. 7 or 8 wins could be possible but 6-6 is probably more of the reality and Jim Mora Jr could be job hunting come December.

The Dish – An egg that you thought was hard boiled but when you crack it open its just a plain ole runny egg and now your pissed. Basically UCLA fans every year.

So I have to admit I was surprised when I saw that Todd Graham was still the coach at Arizona State because I assumed he just got fired. I’m assuming after this season that will come true as the QB situation is not ideal. You know the old saying if you have 2 QB’s you don’t have one. Well for ASU if you have two shitty QB’s then you just plain suck. I think 6 wins is their ceiling but I would like to see ASU get back to the days when they were good with Jake The Snake running loose. Please prove me wrong Blake Barnett or Manny Wilkins. I am rooting for you guys.

The Dish – A big plate of nose clams cause its ASU and who there doesn’t like to party?

What happened Rich Rod? You were so good back at WVU and after your debacle at Michigan you actually did some things at Arizona but it seems now that you have lost your way. The tradition isn’t necessarily there at Zona but it’s got one of the best campuses in the country so there is no excuse not to get talent there. I see them battling ASU for the bottom of this conference.

Like my Big Ten preview I will recap my predictions at the seasons end and I look forward to a couple of them being wrong as that means the college football season is unpredictable and great. Look out for my Big 12 preview next week and take a look at my Big Ten preview if you haven’t had a chance to check it out yet.