si.com – The Major League Baseball regular season is a grueling six-month, 162-game test that only rewards 10 teams with a chance to win the World Series in October. What’s more, only eight teams are permitted more than one playoff game after the wild-card round concludes.

SI Eats felt it was important to reward the remaining eight teams with a fresh take on our original list of the best and weirdest ballpark foods available this season. In June we provided an overview of each team’s best and weirdest item. Now, we’re raising the stakes: We’re going to power rank them. (Don’t @ us. Also, while there may not be any direct correlation between good food and good baseball, it is important to note that the bottom two on our ‘Best’ rankings are facing significant division series deficits…) 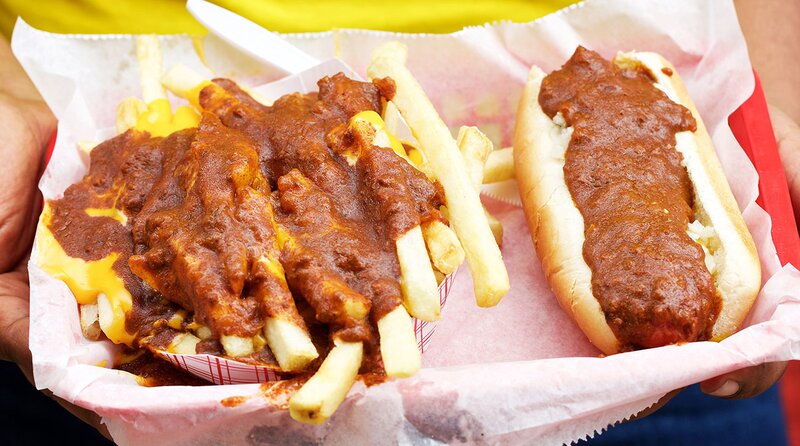 The Nats could be down to their final game at Nationals Park this season, so if you’re there, you best be ordering the chili. It’s top-notch, and it only gets better when complemented by cheese and onions on top of a smoked half-pork, half-beef sausage. Round it out with an order of fries, and get set to enjoy the best ballpark meal you’ll have in October.

That “Killer Kilbane Dog” that the Indians are offering up sounds like it has mud butt written all over it buttttt I would definitely try the “Barnyard Wedding” that the Yankees have. I would miss at least 4 innings in the bathroom afterwards but it seems like a fantastic combination.