247sports.com – If Butch Jones’ seat gets any hotter, it is going to turn into ashes. The Tennessee Vols football coach is not very popular these days, as the team, which hasn’t scored a touchdown in 10 quarters, heads into a daunting matchup with No. 1 Alabama on Saturday. One Chattanooga, Tenn., Food Lion supermarket is also not a fan of Jones, and the store used its bakery section to call for his firing. 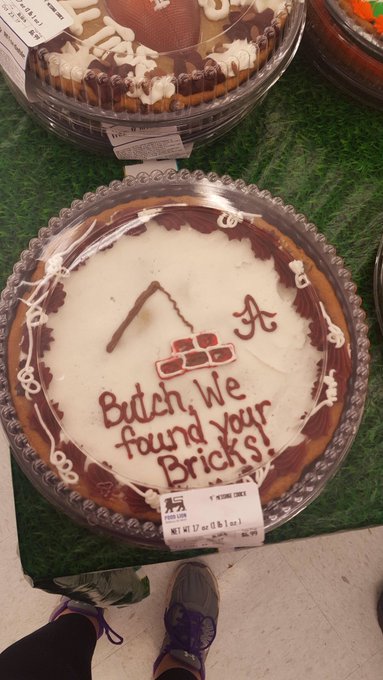 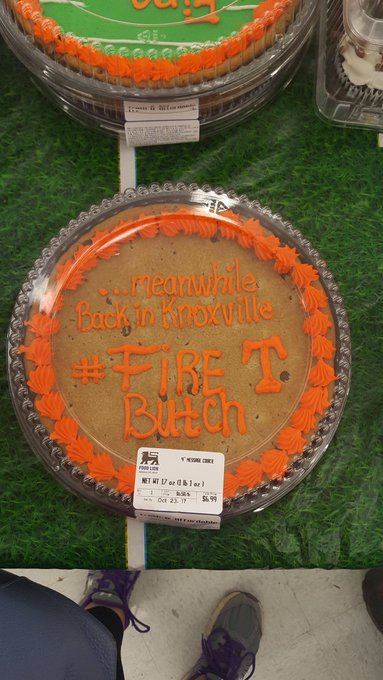 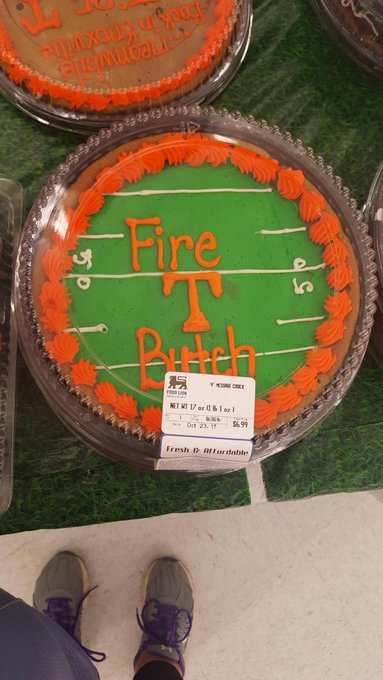 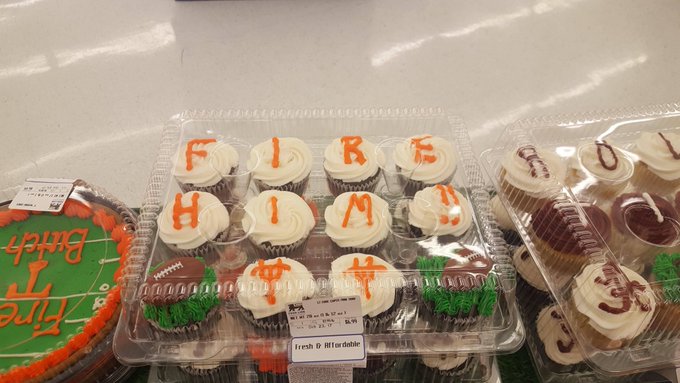 Jones will lead the 3-3 Vols into Tuscaloosa, Ala., for a 2:30 p.m. CT kickoff in a game that will be televised on CBS. An improbable win could turn the tide back in Jones’ favor. Another blowout defeat, however, may only accelerate the coach’s downward spiral.

“Hi Food Lion I would like to place an order. Can I get 5 fire Butch cakes, 10 Butch has a stupid face pies and a MILLION of them cupcakes that spell “Butch Sucks Ass”. You can delivery them to wherever Butch’s dumb ass lives and bill them to the University of Tennessee Athletic department. Thanks.”
So that was a wild call to the Food Lion bakery from one of the friendly gentlemen of Vols nation. Well not exactly an actual call but I assume thats how one would have went and I can’t blame them.
The so called “Champions of Life” are 36 point dogs this week against Bama. I have a feeling Butch Jones doesn’t make it till Monday morning as Tennessee’s head coach. If he does I’ll be shocked and that Food Lion won’t have enough staff to churn out all of the pastry requests they are going to get next week.
“Fire Butch Jones” – Every Vols fan in the country other than Butch’s immediate family (maybe).