News – “The Biggest Blunders Ever Among Fast Food Restaurants in America”

In 1986, the Noid becomes the mascot for Domino’s, according to Co. Design. Then on January 30, 1989, 22-year-old Kenneth Lamar Noid, enters a Domino’s in Atlanta, Georgia, armed with a gun, and holds two employees hostage. Noid has a standoff with the police, culminating in the employees escape and Noid being deemed a paranoid schizophrenic in court. Noid had “an ongoing feud in his mind with the owner of Domino’s Pizza about the Noid commercials,” police later say.

Hint: Pineapple on a burger doesn’t go over well at this iconic fast food chain.

The founder of McDonald’s, Ray Kroc, introduces the Hula Burger in 1962, for Catholic customers observing lent. The burger, served with a slice of cheese over the pineapple, fails miserably, according to CNBC. Customers abstaining from meat go for the filet-O-fish sandwich, which goes on to be a menu mainstay.

Hint: A chain stores meat next to a dumpster.

Damn I remember the Noid as a kid and I never had a problem with it mostly because I knew pizza was coming if I saw us pull into a strip mall and his cardboard cut out was around. I never heard that he was driving cats to straight kidnapping though, sheesh. Also the video game was lowkey heat. 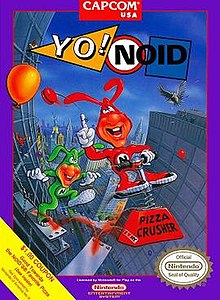