There are few movies that are highly highly anticipated on my list. That I just have to see, and mark my calendar and count down the days for. The highly anticipated “WHITE BOY RICK”, was one that since the early stages of production I was excited for. Seeing the first trailer had me sucked in and I wanted more. Being from Detroit, I know and study the history of its “INFAMOUS CRIME FIGURES” and find their stories more than interesting, but highly legendary! This story is just that, “LEGENDARY”!!

After seeing the trailers and knowing the history of white boy rick I went in thinking there would be a lot of action and in depth high hustler living. Instead, it was superbly depressing and had an authentic Detroit vibe. What I enjoyed the most is that a rather average looking white kid (From Baltimore) with no experience was given a chance of a lifetime. Newcomer Richie Merritt owned the lead role of “White boy” Rick Wershe, and brought it to life reliving that era in the 80’s when the young 15 year old Wershe became more than a figure in Detroits history but a iconic legend. It made the movie seem more raw and realistic. His sister played by (Bel Powley) also did a great job as a down on her wits sexed, heroin addict. Matthew McConaughey did a stellar job as well, and as always owning the role of Rocks dad Richard!

This movie was not all glamor and hype like I was expecting, it was gritty, realistic and had an undertone that hit the heart deep! I feel as though they did a great job showing the desperation of living in an urban ghetto. It was dark and bleak. A heavy dose of reality is good for us sometimes. They didn’t try to turn it into a major smash but kept it real. I respect that. They also didn’t ruin it with comedy, which has been a horrible recent trend in film making. These people were just struggling to make it through day to day to make whatever ends meet and they didn’t always succeed.

WHITE BOY RICK, is a real life cautionary tale about the dangers of cooperating with and making deals with local and federal law enforcement. Putting your trust in an entity that you thought would cover, protect and have your back when the game of cat and mouse is to always (trap the mouse) and that’s how it always ends. Sadly, this drama still plays out with law enforcement to this day. For cinematography, the film is about as real as it gets. Gritty, down to earth and at sometimes a little hard to watch. This is reality for many people. The acting is superb and on point for everyone involved. If you’re a fan of superb in depth dramatic acting you will not be disappointed with their performances. I couldn’t take my eyes off the screen. This movie really sucked me in and made me its little B!$&$ for almost two hours and that’s not an easy task to do these days. If you have one ounce of empathy you will be rewarded with a rollercoaster experience. 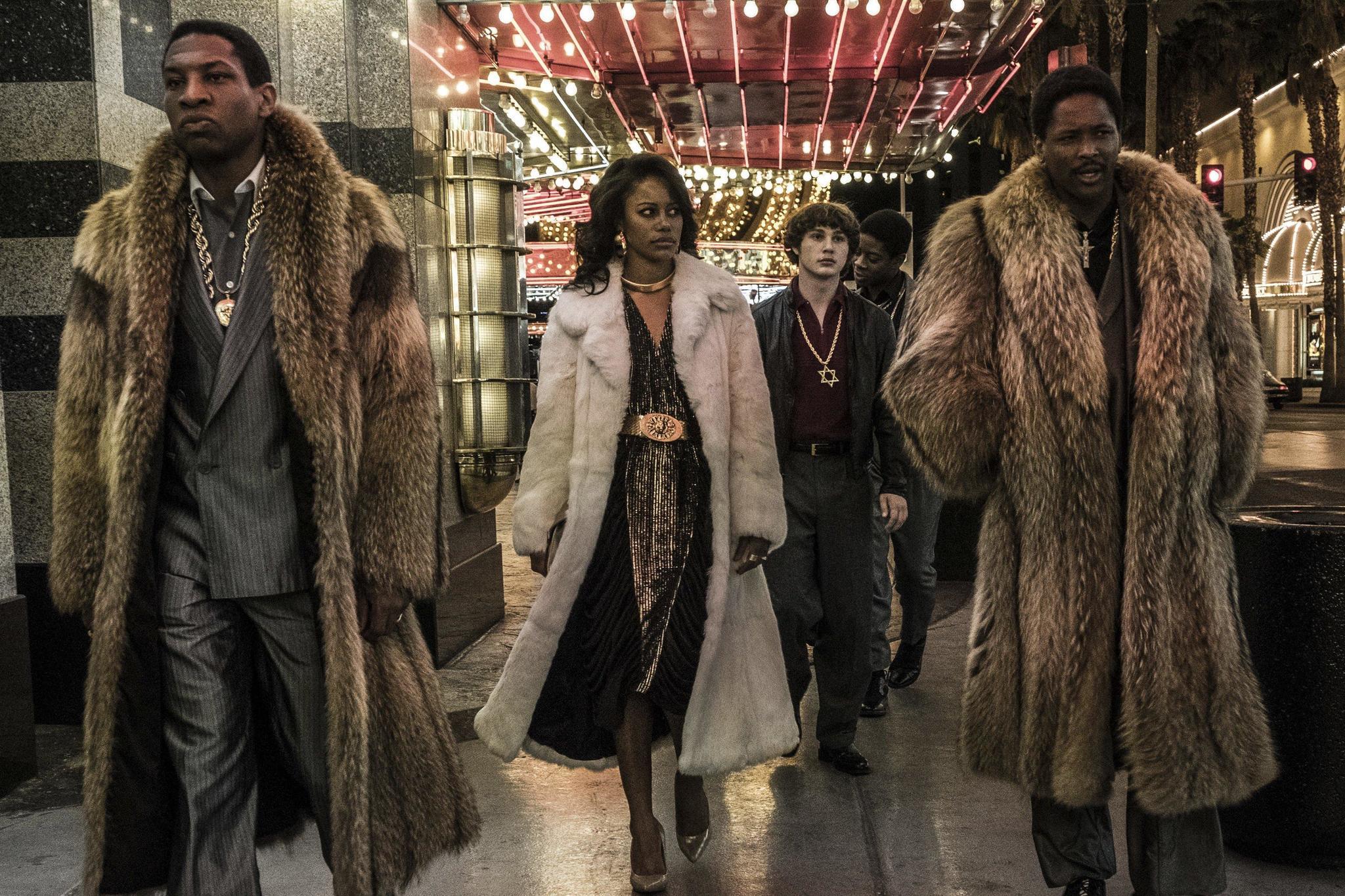 I give this movie a 4.8 awesome impossible burgers! It was great! I don’t say that about many and most times when something is highly anticipated it seems to fail. This movie didn’t do that it was so real and I want more. If they want to bring more reality to the big screen and get more DETROIT legendary figures out there I think that the focus should turn to the hood icons of MASERATI RICK AND THE BEST FRIENDS, BIG MEECH AND BMF, THE CHAMBERS BROTHERS, and BUTCH JONES AND Y.B.I. Come on, someone get some guts and make that happen, I’m sure the world would love those stories! Go see this movie! Period!! Come back to me THE MOVIE MAN and let me know what you think. Give me your feedback and keep it locked to JustFilms and Justgrubbin for everything you need….. Oh yeah…. KEEP IT GRUBBIN!

If you enjoyed this, check out more posts from the Just Grubbin team here! Also make sure to listen to The Just Grubbin podcast to hear us go into further detail about this and to hear all of our random irreverent takes on food, drink and whatever else.